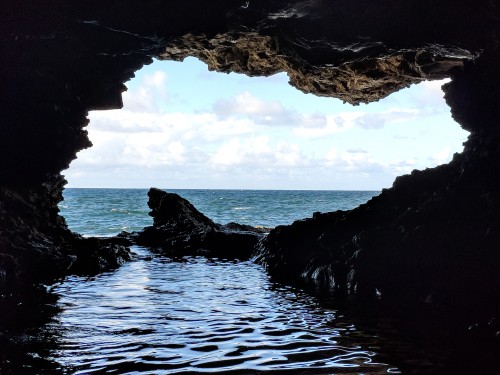 Really??  5 months without even a “Hello”?  Okay.  It’s been a busy 5 months.  It’s painful for me to sit and write.  Four of the months were spent back on dirt, and I don’t want to bother you with that mundane stuff.   And……. sometimes I wonder if anyone reads it (even though Google says that we’ve had 700K hits.)

I can’t even remember what I had for breakfast yesterday.  But I’ll try to recap our last few months.

When we left you last, it was upon our arrival in Barbados.  When I dove the boat, there were no remnants of whatever we had been dragging through the night.  Our new bottom paint was a bit the worse for wear, but everything looked good.  Guess that we’ll never know what our uninvited passenger was.  Topsides, we got the Girl scrubbed up after her salty trip.  Retrieval of our cleaning supplies from the lazarette (the storage space under the back deck) revealed that we had taken on a bit of water during our trip over.  Although the laz was dry (it has its’ own bilge pump), there was a salt ring about 8-10” off the sole, and everything stored had a fine salt water mist on it.  Needless to say, everything out, everything rinsed, then everything restowed in the now dry, immaculate lazarette.  All I can say is that there must have been a heckuva lot of water in the cockpit for there to be that much down below.  That is…………if it hadn’t backed up the drains around the hatch…Hmmmmh.  By the way, we discovered that our WIFI amplifier had taken a hike as well.  It was still up on the mast (on its’ apocalypse-proof) mount, just no longer on speaking terms with his router friend down in the pilothouse.   Grrrrr.  Checked the simple stuff.  Up and down the mast a few times and etc.  “This project will wait until we’re back in Grenada for the Summer.”  The dockmaster was nice enough to let me hardwire our spare wireless router into his cable, so we were all set in that regard.

Now the fun stuff.  Port St. Charles marina is very small by anybody’s standards.  It’s set up for mega yachts, with around ten looong docks.  Alizann and Seamantha looked lost side-tied to 100 foot fixed concrete piers.  Barbados is a beautiful island, but doesn’t receive many cruisers, as it’s so hard to get to, being upwind from the Antilles chain.  The marina sits inside a gated community, much like the one that we stayed in at Las Palmas, in Puerto Rico, albeit on a much smaller scale.  Swimming pools and snorkeling in the ocean just a short swim from the boat made it a great base for exploration.

Now, for the adventures, in no particular order.

Suz and I rented a car, as the public transportation is spotty at best, and totally indecipherable to an outsider at worst.  Barbados, although independent, was a British colony, and the only (I believe) Caribbean island that has flown only one flag, as no other European nation was able to wrest it from the Brits.  It also happens to be the only foreign nation that George Washington ever visited, living here for several years in his late teens

We made several excursions to Bridgetown, Barbados’ capital.  There, we toured the garrison and explored some underground tunnels there.  Next, a guided walking tour of the town was in order before visiting Washington House for another guided tour.  Another day was spent watching the thoroughbred races for the first Jewel of the Barbados Triple Crown-run on a grass track.

Being formed by subduction of two tectonic plates, Barbados was pushed up from the ocean floor, creating a limestone, not volcanic, island.  There are many caves.  After taking a trolley tour through Harrison cave, Suz and I decided to return for a personal walking, crawling, swimming scrambling experience with a guide.  Before heading into the depths, we were outfitted with knee and elbow pads as well as hardhats, then asked to army-crawl a few hundred feet to make sure that we were fit enough for the experience.  The tour was incredible, and I would strongly recommend it if you come for a visit.

Another day was devoted to visiting beaches (of which there are many), shoreside caves, and not a few rhum shops and restaurants.  Driving overland between the shores, we took a walking tour of the Portvale Sugar Refinery, the only one on the island.

Nicholas Abbey, a restored sugar plantation is a must-see, with the manor house, cane grinding building, and numerous out buildings available for exploration.  On the way home, we visited Lewis sugar mill, a restored, wind-powered mill.

Suz and I took a tour of Banks Brewery to see the local beer being created.  As it turned out, we were the only two people on the tour, so we got the up close and personal version-very cool.

Remember the Concorde?  Well…during its’ short lifespan, these supersonic passenger jets had scheduled flights to only four airports: Heathrow, Paris, JFK and?  Barbados!  Of course, we had to visit the one on static display at the airport.  With a hangar built around this sleek airship, you are able to walk in, around and under her, while there are numerous interactive displays around the periphery of the building.

Almost forgot this one.  I have Suz, John and Paulette in our rental car on our way to Bridgetown one morning.  Forgot to get gas the night before, so we wheel in to a busy gas station/convenience store joint, wait in line, then fillerup.  I’m walking out of the store after paying, and I’m watching this guy in an old pickup truck backing out of the parking space directly in front of our car.  Surely, he’s going to turn the wheel and head out the driveway.  Nope, he keeps backing up until the truck is stopped by our car as I watch the scenario develop in slow motion.  Are you kidding?  Our rental only has 3,000 miles on it.  Long story short.  In Barbados you gotta wait for the police to arrive before moving the involved vehicles.  Soooo….we’re blocking 2 pumps at this very busy station.  The cop finally arrives and takes both of our statements.  Good to go, right?  Nope.  Can’t leave until both vehicle’s insurance guy comes and takes 18 glossy, full color photos, measures the scene, takes statements, and etc.  Our insurance’s guy was at the other end of the island, so needless to say, we had a wonderful time people watching.

This short synopsis doesn’t do justice to our visit to this beautiful Caribbean nation.  We hiked and drove much of the island, ate local food, and experienced the warm graciousness of her people.  If hurricane season had not been just around the corner, we would have passed our “weather window” and spent much more time here.

But……the wine cellar is empty, and it’s a quick 14-hour cruise to Martinique, where we’ll remedy that problem before heading down island to Alizann’s Summer home in Grenada.

Hopefully, we’ll get back on track with the blogs not too much