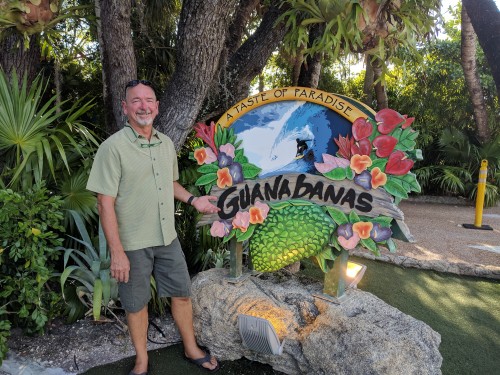 So……A quick Summer synopsis, ‘cause I’m guessin’ you don’t wanna hear about our life on dirt: Alison and Ben bought a house in Ann Arbor last fall, and we saw it for the first time this Summer. Over the course of our Stateside visit, we stayed with them several times, getting back to our roots in the old college town, and helping with a few home-improvement projects. We drove to Charleston for our week at the beach on Isle of Palms for Suzanne’s family’s annual reunion. Both of our kids made it too, so life was good. (even tho’ Ali wasn’t joining in cocktail hour…..Hmmmh!). Spent the front and back sides of that trip in Asheville, with Mike, Sheila (Suz’s sister) and Casey, (Suzanne’s Mom) Found the house to be in great shape after our nine-month absence. Put 2 coats of varnish on the entire interior (White Cedar walls and ceilings). Figure that it’s the last time that we’ll have to do that, since the last time was 20 years ago. Cut up some dead trees that had fallen during the Winter. Had a new outdrive put on the 30 year old runabout (croaked immediately after launching). Enjoyed a jam-packed social calendar, nurturing old relationships with many dear friends. Bill and Lauren (Seastar- St. Lawrence and Newfoundland cruise), Mark and Christine (pals from Michigan), and the crazies from Chicago (our kid’s pals) came for sleepovers and kayaking/canoeing trips down the river. Spending time with Jody and Andy (longtime Michigan pals, and crew on the St. Lawrence and the Bahamas) was long overdue, but again, there wasn’t enough of it. On a sad note, our good friend and neighbor, Kim, diagnosed while were back the previous Summer, lost his battle with Multiple Myeloma just before our return. We had all hoped that he would make it to the Summer, when Suz and I would act as crew so that he and his wife, Cyndy could take one last cruise on their Benetau sailboat, “Endless Dream”. We make plans-God laughs. Although Kim and Cyndy have a loving and supporting family, it’s sometimes good to have some “outsiders” for a different perspective. We like to think that we helped in our own small way. Also, in the Spring, we got the news that our other upnorth friends/neighbors, married for some 30 years had split. Lots of evenings spent with Jayne and Cyndi, trying to be good listeners. We happened to be there at the right time for both of them. (of course, as a Male, I just wanted to FIX things). Hoped that just being there helped in some small way. We needed to send boatstuff to Grenada that was difficult to buy there (including new SunPower solar panels), so made a quick drive to Florida to pack a container, which would be shipped by Tropical Shipping. We packed our rental SUV with boat things- oil, coolant, another flopperstopper bird, computer, bottom paint, WIFI booster, spare parts, some favorite foods, etc. & etc. Drove down on Monday, picked up our new panels (oh yeah, they were too big for the SUV, so we had to rent a truck), packed our container on Tuesday, (container wasn’t full, so we went shopping at Walmart for hurricane-relief supplies to fill it), and drove back to Michigan on Wednesday. (Whoa! Getting’ too old for 44 hours of driving in 72). Bam! Time to go home. Back to Ali and Ben’s. University of Michigan game against Air Force. Tailgating with old friends, Gary, Lynn, Dick and Jan. Ben drives us to the airport at 04h00 to catch our plane south. Oh….That “no Cocktail” thing? The Admiral and I will be Grandparents in late February. Nash Joseph is scheduled to make his debut in late February. Whew! Makes me tired just writin’ it. -Later